So, October is here – actually, it has been here for a whole week now, but anyway – and Autumn is one of my favourite times of year for reading. The days draw in, and curling up on the sofa under a duvet with a cup of tea is a perfect way to pass an hour or so. With that in mind, here are the books I am going to try and read this month! 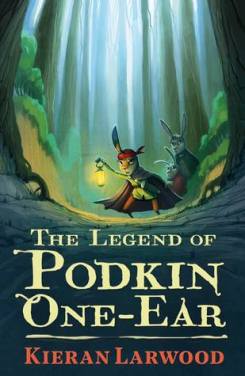 One-Ear is a legend: a fearsome warrior rabbit whose reputation for cunning and triumph in battle has travelled the ages. But how did he become such a mighty fighter? The answer may surprise you… When a travelling bard arrives at Thornwood Warren on Midwinter night, he is warmly welcomed. In return for food and lodging, he settles down to tell of how Podkin One-Ear – and soon the rabbits are enthralled to hear the story of how one lost little rabbit overcame the cruellest enemy imaginable, and became the greatest warrior their land has ever know.

Six of Crows by Leigh Bardugo

Ketterdam: a bustling hub of international trade where anything can be had for the right price–and no one knows that better than criminal prodigy Kaz Brekker. Kaz is offered a chance at a deadly heist that could make him rich beyond his wildest dreams. But he can’t pull it off alone…

Six dangerous outcasts. One impossible heist. Kaz’s crew is the only thing that might stand between the world and destruction—if they don’t kill each other first.

The Smoke Thieves by Sally Green 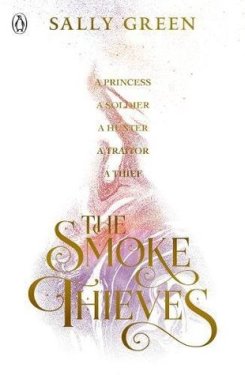 A princess, a traitor, a hunter and a thief. Four teenagers with the fate of the world in their hands. Four nations destined for conflict.

In Brigant, Princess Catherine prepares for a loveless political marriage arranged by her brutal and ambitious father. In Calidor, downtrodden servant March seeks revenge on the prince who betrayed his people. In Pitoria, feckless Edyon steals cheap baubles for cheaper thrills as he drifts from town to town. And in the barren northern territories, thirteen-year-old Tash is running for her life as she plays bait for the gruff demon hunter Gravell.

As alliances shift and shatter, and old certainties are overturned, our four heroes find their past lives transformed and their futures inextricably linked by the unpredictable tides of magic and war. Who will rise and who will fall? And who will claim the ultimate prize?