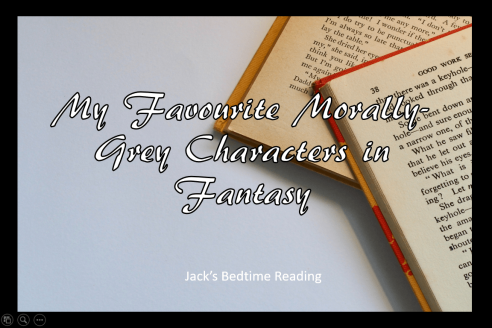 Hey everyone and welcome to the third instalment in the my favourite characters in fantasy series of posts. I have previously done Heroes and Villains, and this week it is the time to do possibly the most interesting set of characters – those who are morally-grey.

For me, morally-grey characters are so often my favourite. They often make the most realistic characters and remind us that people have both good and bad parts, whether the character is viewed as a villain through tragic circumstance or a hero with darker side that they hide away. Aside from this, morally-grey characters, in my opinion, give authors the best chance to explore morality as they usually have the greatest internal struggles about actions.

Anyway, here are my favourite characters that I consider morally-grey…

Boromir (Lord of the Rings)

Poor Boromir. He was a good guy at heart – he’d spent his whole life fighting Mordor at the head of Gondor’s armies and watching his men die – but deeply flawed. Of all the members of the Fellowship, the Ring only managed to sink its claws into him. This led him to try to take the Ring from Frodo and endanger the whole quest. The most painful part of this is when he realises what he has done and seeks to make amends by protecting  Merry and Pippin against a whole host of Uruk-Hai. 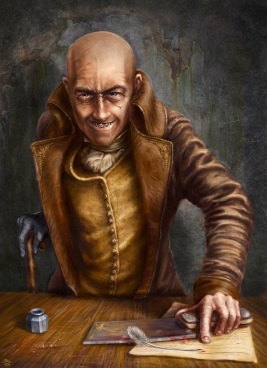 Sand dan Glotka, King’s Inquisitor, is surely a villain, right? I can see this argument. After all, he tortures people for a living, but you see, he has a tragic story (having been a dashing and promising officer before capture by The Unions enemies, the Gurkish Empire and crippled) and I am 100% sure he will end up as a goody guy – or as close to a good guy as this series gets. He has been written to elicit sympathy for him!

Disclaimer on this, I have only read the first book so far, but I just have a feeling that he will become a better person than he currently is.

Ah Tyrion, everyone’s’ favourite. His place on this list may surprise some of you as his good side has been played up and his less attractive qualities covered up in the show, but Tyrion isn’t that nice a guy in the books. Sure, he is witty, charming and, overall, wants what is best for the realm – but only if he benefits. In many ways, he also isn’t a very nice guy; he is extremely self-centred, willing to take advantage of those less clever than him (mostly everyone) and not above demeaning those below his station, e.g. Penny the dwarf. 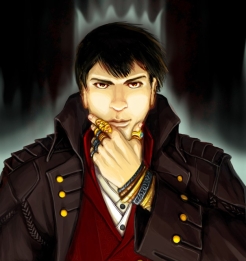 Initially, I thought this guy was just straight up baddie. He pretty much filled all the Dark Lord tropes, but by the end of the series, I had changed my mind. Honestly, I don’t want to say much more because, if you haven’t read these books, the Lord Ruler’s story was one of my favourite parts! 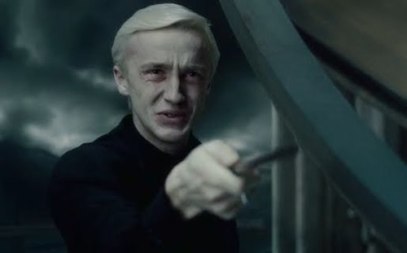 Maybe I am just a little soft, because Draco never really does anything good in the whole of the Harry Potter series – other than stopping Crabbe killing Harry in the room or requirement or being unable to actually kill Dumbledore – but I can’t help but feel sorry for him. Why? He is a product of his environment. He just wants to make his parents proud, and they, being the terrible human beings they are, take full advantage of this. Plus, he has a literal Dark Lord looming over him. Don’t do what Voldemort wants then he’ll kill you and your whole family. So yeah, there is my argument for Draco not being as bad as he is made out to be….

The Hound is amazing! Sure, he starts of, as his name implies, as Joffrey’s hound. He is happy to ride peasants down just because he was told to and is complicit in Joffrey’s abuse of Sansa. After all, it isn’t his place to question the king, right? Well, as the story progresses, we clearly see that he isn’t truly comfortable with his role and defects from Joffrey’s side. Plus, he brings Arya under his wing and protects her, and this is the part of the story where we really learn the measure of the man. 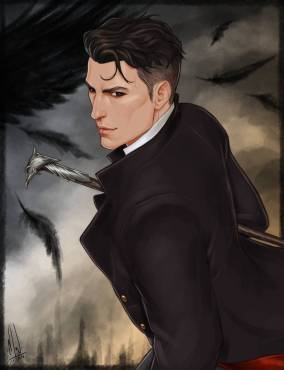 Kaz, like Glotka, is really not a nice guy in so many ways. But, you know he isn’t really a baddie in his heart. He carefully cultivated his reputation for brutality as a weapon, plus, as I am sure he said himself, you don’t actually have to do anything monstrous if people are willing to believe you will do it.

These are my favourite morally-grey characters. What do you think? Have I missed anyone obvious out? Do you agree with who is on my list? Let me know in the comments!

12 thoughts on “My Favourite Morally-Grey Characters in Fantasy”